Instagram
In May 2012 Pairet and his team launched a unique, daring and extremely exciting dining concept, “Ultraviolet”—a project which Pairet has conceived for over 15 years. This 10-seat restaurant is the first of its kind: uniting food with multi-sensorial technologies to create a fully immersive dining experience. Each course of Pairet’s avant-garde set menu is enhanced by tailored lights and visuals, sounds and music, smells and atmospheres. 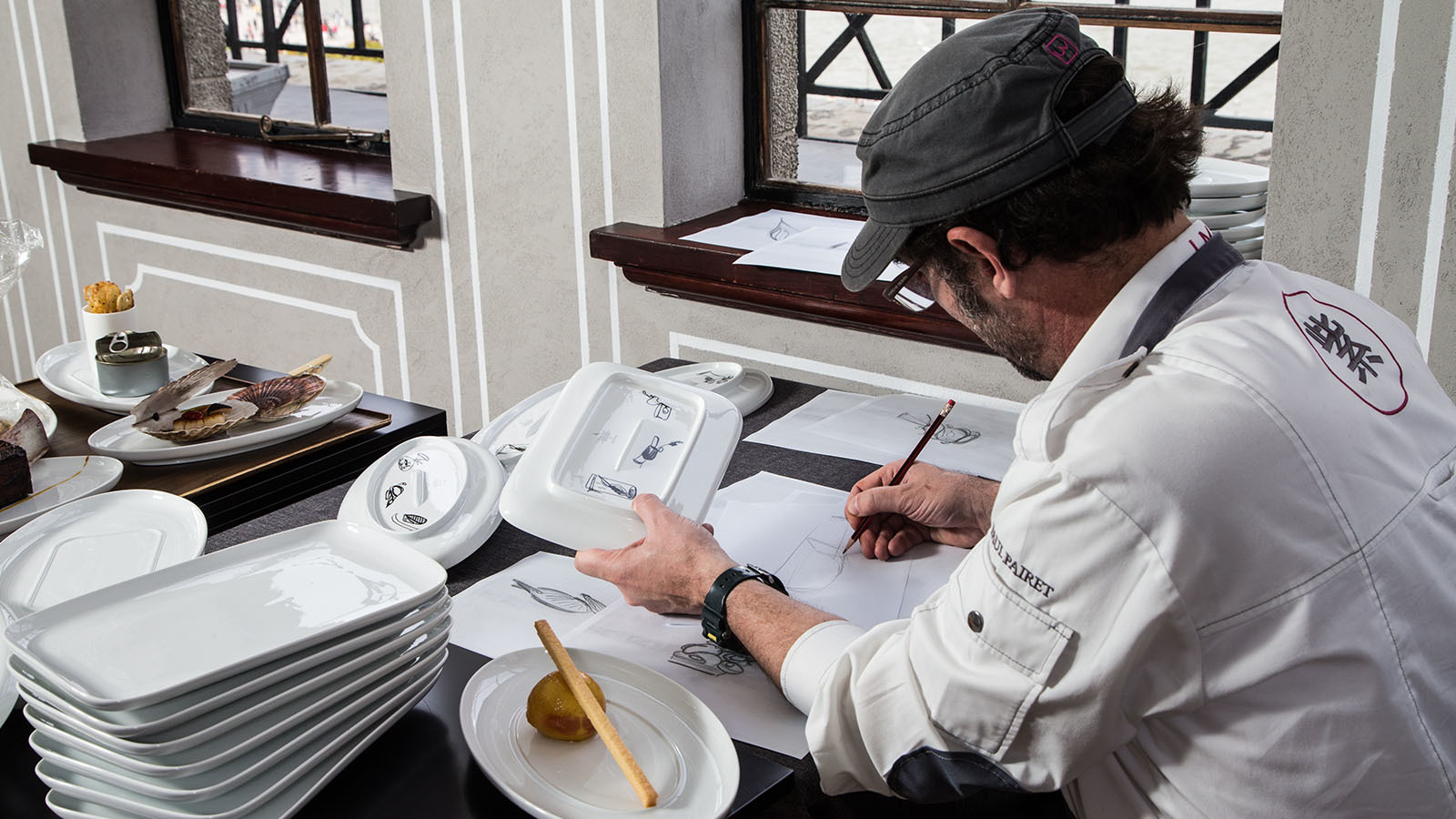 Recent years have seen Pairet circle the earth to present his unique vision at gatherings of the world’s culinary heavyweights. From San Sebastian’s Lo Mejor de la Gastronomia (The Best of Gastronomy) in 2007, Madrid Fusion in 2008—where, at both, Pairet was the sole Asia-based chef invited to speak—the World Gourmet Summit 2008 in Singapore, which saw him present a culinary master class, to the participating in the most acknowledged and cosmopolitan “Guest Chef Concept” by Ikarus of Hanger-7, Salzburg, in 2009 and Omnivore Festival Paris 2013, Pairet continues to share with no reservations his belief and study in food.

Aside from flavours, Pairet plays with texture and smell; he tricks the eye, cracks jokes in dishes, challenges pre-conceived ideas, and expectations, makes you think for a second: Wonder how? Wonder why?