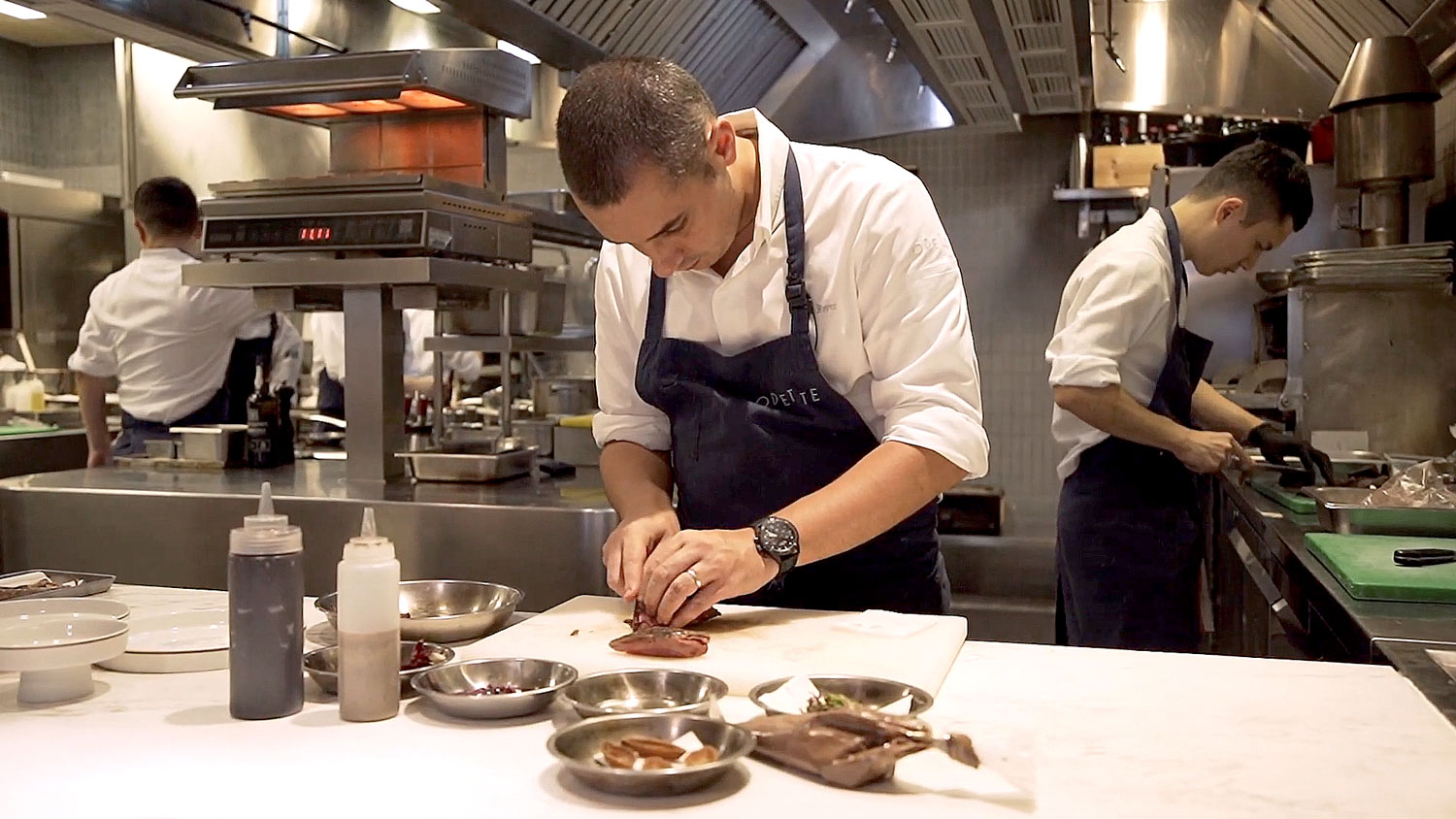 Royer’s first venture into the kitchen under the legendary Michel Bras in Laguiole instilled in him a respect for the integrity and purity of each ingredient in every dish.

He then moved to Durtol, where he worked for Chef Bernard Andrieux who helped reinforce this reverence. Royer’s culinary career then took him from the French West Indies to London, where he was sous chef to Antonin Bonnet at Michelin-starred Mayfair restaurant, The Greenhouse. He moved to Singapore in 2011.

Royer takes pride in offering guests a unique opportunity to taste exceptional and honest produce at their peak, incorporated into Modern French cuisine in his restaurant, in the heart of a city that is itself at the crossroads of the world.