Growing up in Sicily by the Mediterranean seaside, Chef Angelo found his passion for cooking through catching and preparing fish with his father, a professional fisherman. Chef Angelo’s upbringing shaped his strengths which exemplify the umami of the fruits of the sea. 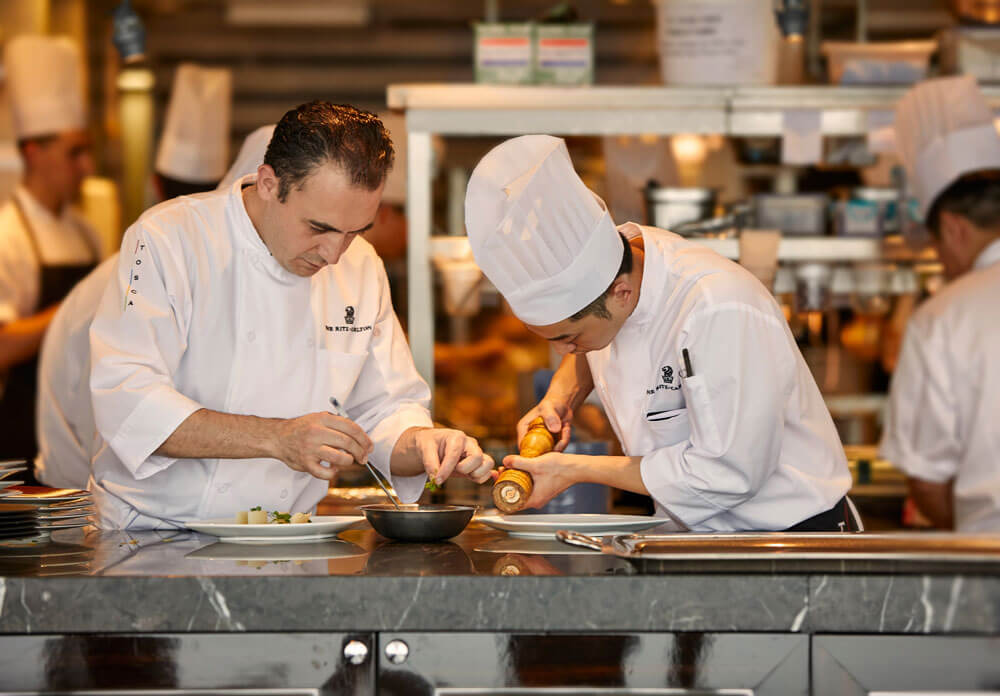 “Doing a simple dish is much more difficult than doing a complicated one,” says Chef Angelo. “My philosophy is to stay true to the original tastes and traditional recipes from my childhood and translate them into the elegance of a fine dining restaurant.”